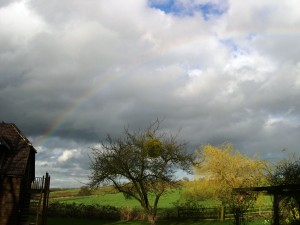 My life wasn’t supposed to turn out like this. I wasn’t at all sure I was the marrying kind. And then I met Him. The One.  Just so happened that The One was English and lived in London. It was fast and serious and before I knew it I was dropping out of New York University where I was enrolled in as a mature (read ‘old’) student and applying for a student visa in the UK instead.  I’m not sure I would have acted so rashly had I not just witnessed the Twin Towers come down. But they did, and I did. My apartment was sublet and I was all packed up and on a plane three weeks later to the day. I would be back only to say my goodbyes and give up my rent subsidised apartment for good after that.  My years in the Big Apple came to end and my expat life began.

I had been to London once before and, I must admit, was unimpressed. It was beautiful but too big. I couldn’t get a feel for the place at all. On top of that it was rainy and cold in July and we were kicked out of the pub at 11pm. Official closing time. Eight years and two children later I have come to the realisation that eleven is plenty late and that London, as the rest of England, is made up of a series of villages all with their own distinct identity. When I was pregnant with my first-born we traded city life for a fixer-up house with a big beautiful garden in the ’burbs. I live a very normal life in a very different place. Ampthill in Bedfordshire is an old, moderately sized market town full of antique shops and hairdressers.  Ampthill Park is full of joggers running past the cross that marks the place where Catherine of Aragon was imprisoned by Henry VIII. In typical English fashion the ancient and the modern co-exist in perfect harmony, a fact which never ceases to surprise or excite me.  I hope I always remain a bit of a tourist in that way.

This random place I’ve ended up is my true home. I would have never imagined myself in the UK but I suppose that’s what creating a family will do. Home is wherever they are. In spite of this, I will never entirely belong to England. I will never be English nor will I ever be that loud, brash American girl I was when I moved here. I miss her sometimes but I let her out at parties every once in a while (and when dealing with inept customer service people). Not to say all American’s are loud and brash but, let’s be honest, a good number of us are. And we have to be — there are a lot of us trying to have our say and make our stamp on the world. This is the American way. We take the pursuit of happiness quite seriously. With it also comes a friendliness and openness that I love and find overwhelmingly refreshing when I visit.  So, nothing at all wrong with loud and brash but it’s a different, in many ways quieter, lifestyle over here. The opportunity and/or necessity for brashness just doesn’t come up. I think it has done me some good. I’m more open to different ways of life and opposing opinions than I used to be. I keep my mouth shut a lot more. There is more than one way to skin a cat.

Having said that, this will be a forum to offer my opinion because I suppose, at the end of the day, I just can’t help myself. I go into it knowing that just because I write it doesn’t make it true. It just makes it me.  Living over here has been a revelation. My opinions on everything from international politics to healthcare, to home births to being green, on therapy and countless other things have changed or have been challenged since being here.  I tend to float somewhere in the middle of the Atlantic, not fixed in one mind-set or the other. I like it here. I think it makes me rational. I’ll let you be the judge.